TikTok is used to share video apps comprising short clips with music, while Snapchat usage revolves around a photo and video messaging app for sharing “stories” and other brief contents. Across the United States, Snapchat usage is highest among millennials, and 78% of those aged 18-24 using the internet frequently access the platform to typically follow friends, celebrities, and publishers, while those using TikTok primarily follow content creators, celebrities, and brands. One of the most popular features when using Instagram is hashtags (an average post on Instagram contains 10.7 hashtags). TikTok has differentiated itself by making it easy for anyone to become a content creator, and the most popular feature or effect among its users is face zoom.

Purpose of Usage Or User Need

Duration of Daily or Monthly Usage 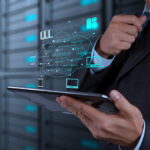