Pressure from investors come in many areas, from operation and performance to investment strategies. This section identifies two types of investor pressure: performance and social responsibility. As the financial sector is facing rising competition from other firms (discussed in the next section), investor pressure means financial institutions must act fast before losing investors to another industry. 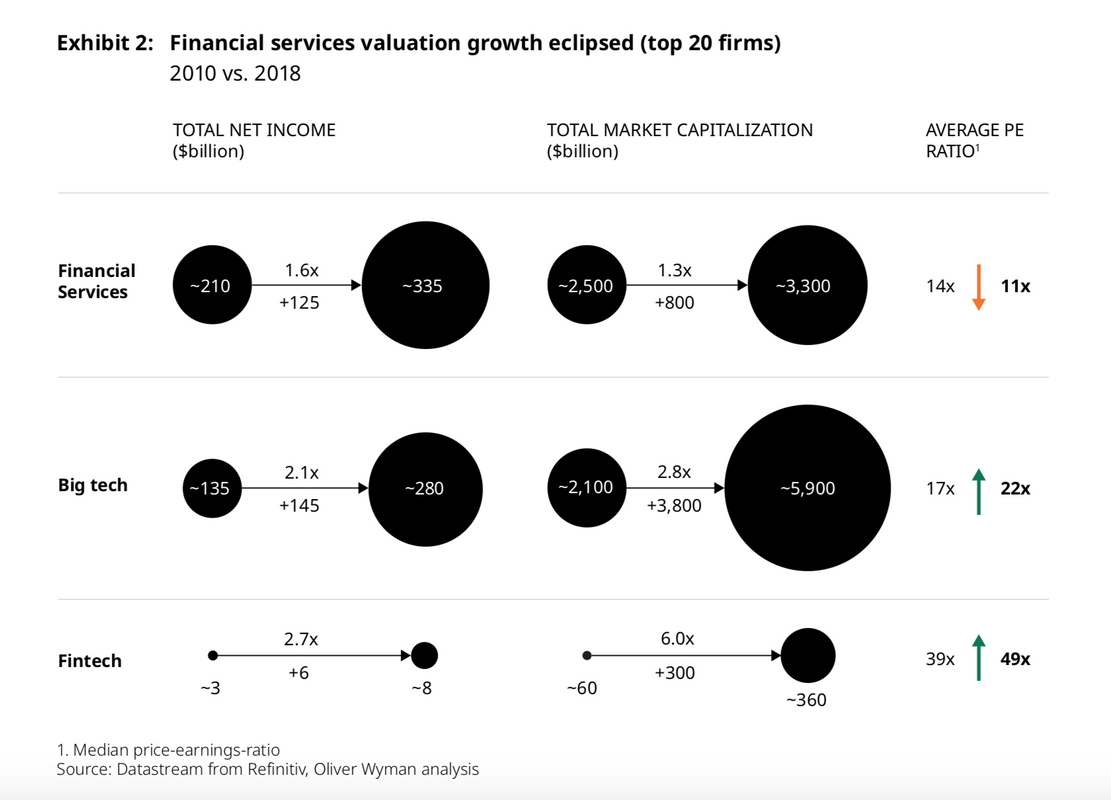 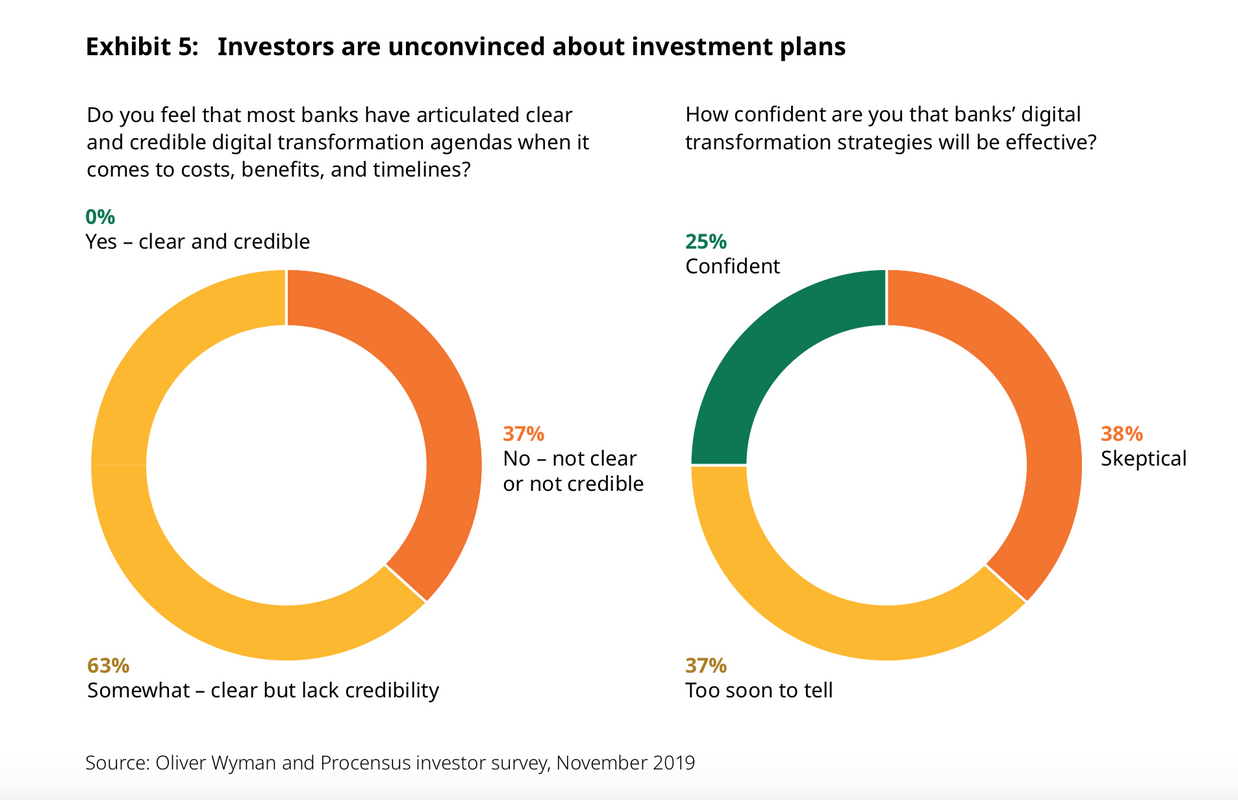 While some believe that the pressure to take part in socially responsible investment is driven by real concerns over social issues, data suggests that ESG tends to generate higher returns. This tends to be in the financial interest of the investors.

There is an increasingly blurring line between the financial services and the tech sector. Most notably many major financial institutions have started to identify themselves as tech hubs while many tech companies are expanding into financial services. 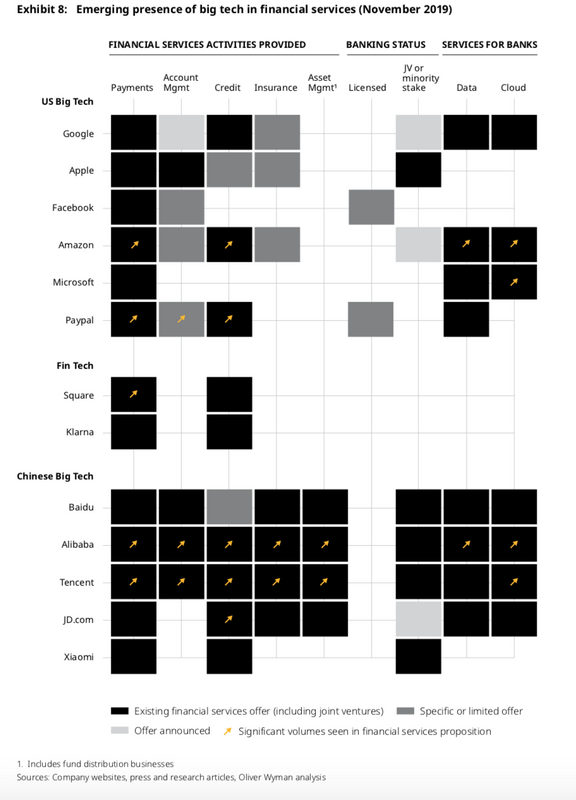 Like other sectors, the financial services sector has been hit by the lockdowns of the economy as a result of the pandemic. The sector is also impacted in a number of other ways, such as credit, market and liquidity risks. As suggested in the initial findings, there have been rises in loan losses, which are still lower than the levels seen in the last financial crisis. This section looks at the impacts of COVID-19 and the resiliency of the U.S. financial institutions to absorb losses in the crisis. 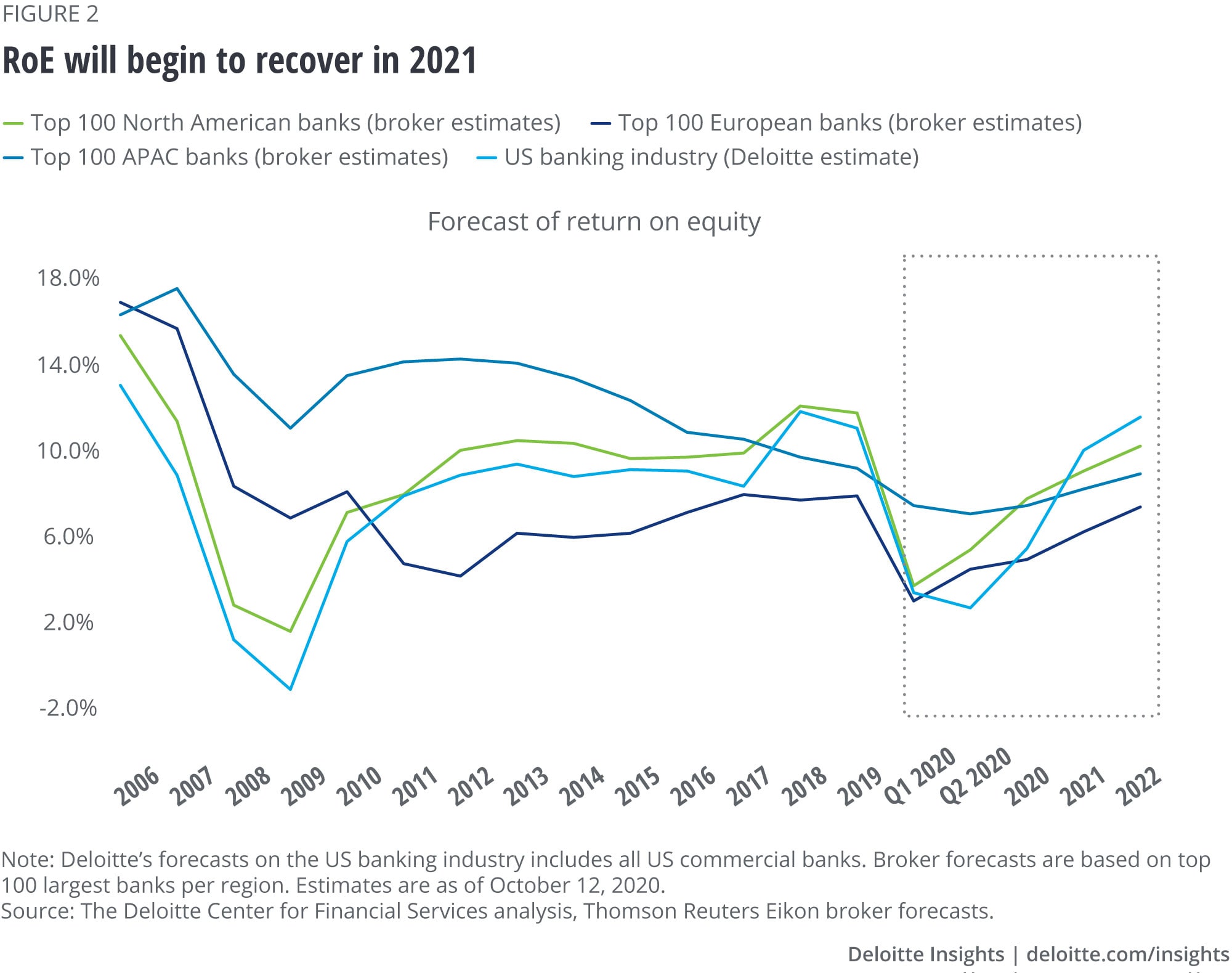 The last financial crisis triggered a decade regulatory reforms in the United States and globally. The focus of regulations is shifting towards financial and operational resilience, technological change and innovation, and responses to political and social pressures. Please note that, because of COVID-19, some regulations have been temporarily loosened to deal with the pandemic impacts. This section does not look at those temporary exceptions.

None of the three financial institutions chose for case studies is currently experiencing financial distress. BlackRock understandably does not appear to be at risk as it is an asset management firm, not a bank; thus, it is less exposed to consumer loans (as seen in the initial findings these are areas where loan losses are most prominent). Both J.P. Morgan Chase and Citi have exposure to consumer loans. However, both still maintain capital ratios well above the minimum regulatory requirements.